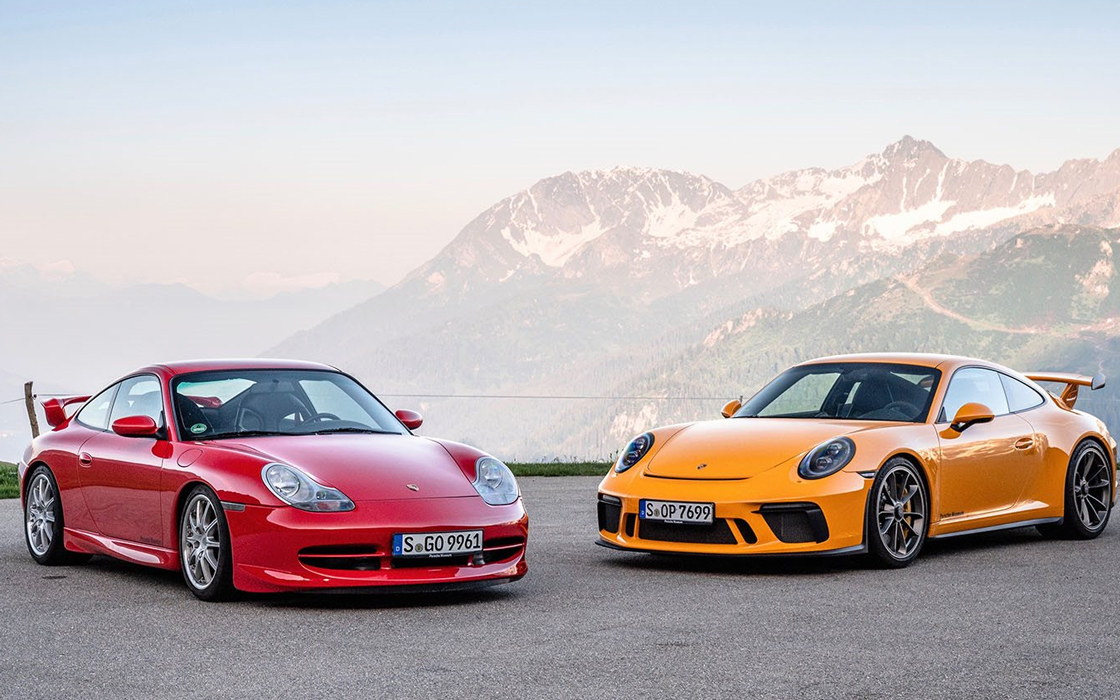 The Porsche 911 GT3 is the company’s homologation model sports car. It is a high-performance vehicle inline with prior models like the 1973 911 Carrera RS.

Introduced in 1999, the GT3, had a highly successful racing career in the regional Porsche Carrera Cup as well as the GT3 Cup Challenge series. It also fared very well at the international Porsche Supercup.

Introduced at the Geneva Motor Show back in 2013, the 991 GT3 as it was called featured a newly designed 3.8 litre DFI engine, delivering 475 HP at 8250 RPM. The engine was primarily based on the earlier 991 Carrera S, with a few other common parts. However, parts like the valve train and crankshaft were developed specifically for this vehicle.

The RS version of the GT3 was first unveiled at the Geneva Motor Show in 2015 and made its way to the road in 2016. The company equipped the front fenders with louvres above the wheels with a device similar to a turbo intake in the back instead of the traditional rear wing.

The magnesium roof, full bucket seats, lightweight door handles and carbon fibre inserts, were all well received by racing car fans. It was also nominated as one of the best cars in Britain by Autocar Magazine.

The facelift was first unveiled at the 2017 Geneva Motor Show. The company had apparently made several changes to the engine allowing it to redline at 9k RPM, with a 4-litre flat-six engine. At 493 HP, it was one of the biggest engines that Porsche had introduced in its lineup of 911s.

However, the company’s major focus was to reduce friction, so that throttle response improved. That required redesigning the rear spoilers making them 0.8 inches taller which increased the downforce by 20%.

Unveiled on February 2018, the facelift included a new engine similar to the RSR and GT3. Though like it, here too it redlined at 9k RPM but packed 20hp of more power compared to the outgoing GT3 RS