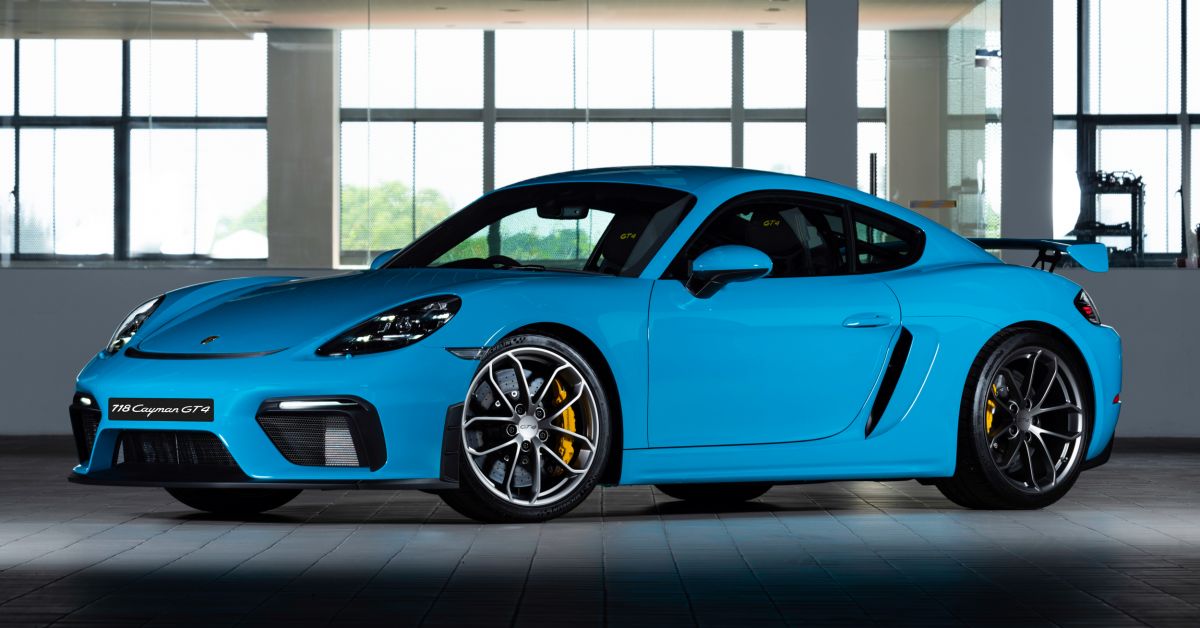 The Fourth Generation 718 Cayman is also referred to as the 982. The 718 Cayman is just a marketing change for the Boxster and Cayman. The new naming convention is a nod to winning the Targa Florio race back in both 1959 and then in 1960.

Since the 718 has two cylinders, it went from using a flat 6-cylinder engine to a flat 4 engine. So, the new name is meant to evoke memories or feelings that stem from winning the series in what used to be a light car that easily outmanoeuvred many other more powerful competitors.

Release of the 718 Cayman

The 718 Cayman was originally released in 2016 and was called the 2017 model. The first models rolled out in June and featured the horizontally opposed flat 4 turbo engines. One featured the 2.0 litre and the other came with a 2.5-litre engine with increased horsepower and torque, but with lower fuel consumption.

The turbocharger in the ‘S’ model uses a Variable Turbine Geometry technology, which allowed the Boxster to go from 0-97 km/h in 4.1 seconds, with the Cayman doing the same in 3.9 seconds.

The exterior of the 718 Boxster and the Cayman is similar to the 3rd Generation, so it is considered an evolution and not a redesign. However, instantly noticeable changes are to the rear of the vehicle that now bears a long black trim bar connecting the taillights. Porsche also reworked the headlights and the bumper with redesigned mirrors that are similar to the SportDesign mirrors used on the GT3.

The interior of 718 remained vastly unchanged compared to the 981 Cayman. The only notable change was the addition of the PCM 4.0 infotainment system which replaced the previous Generation’s PCM 3.1.

Despite losing two cylinders, the 718 was superior to the 981. It was faster, offered better handling and road grip.