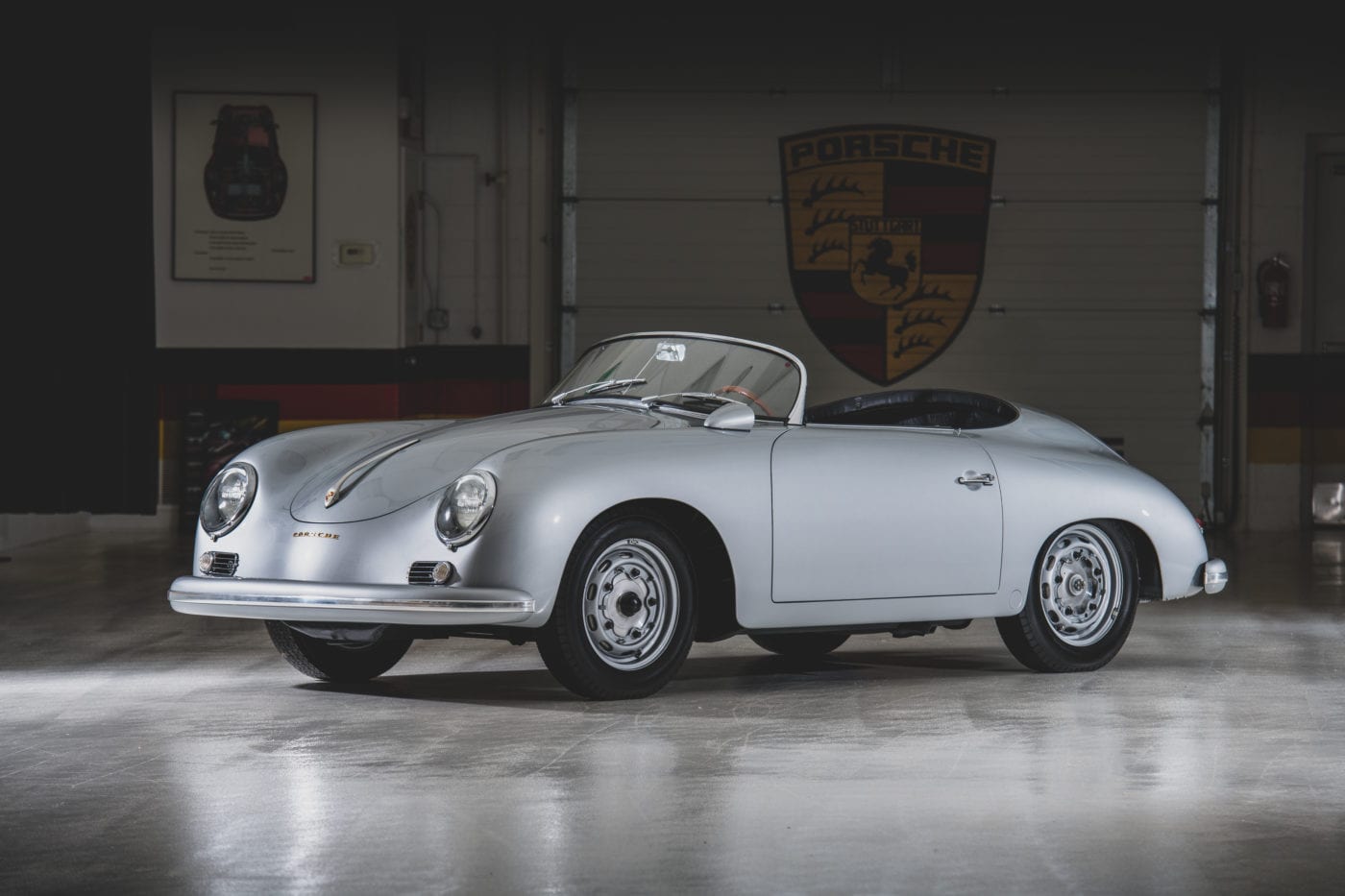 The Porsche 356 was the company’s first production automobile, which featured a rear-wheel drive, rear-engine, and two doors. The 356 was available in both hardtop coupé in addition to open configurations.

Production of the 356 started in 1948, during which around 50 cars were manufactured. The Porsche 356’s production continued for nearly 20 years until the last units were rolled out in April 1965 to make way for the 911, which debuted a year earlier in 1964.

The Porsche 356 was manufactured in four series, the first was the original, which was then followed by the ‘A’ series, subsequently, the B and C series. Many major revisions were made, which made each series stand out from the prior ones.

The Porsche 356 is often classified into a couple of groups. You have the coupés, cabriolets, which were the ones with the soft tops, and built through 1955. These are easily identifiable by the split or the bent center crease, which ran from 1953 to 1955.

Porsche introduced the 356 A series in late 1955. The curved windshield meant that it instantly stood out from the prior or original series. The ‘A’ was also the first roadworthy Porsche that offered an optional Carrera four-cam engine.

The B appeared in late 1956, which was followed in 1962 by the T6 series, a modified version of the B series. The final, aka the ‘C’ series, came with a few notable changes over the T6 B, except for the addition of the disc brakes, which replaced prior drum brakes.

A Historic Gem of the Automotive Industry

The underlying design language of the Porsche 356 remained the same throughout its lifespan. The unibody construction is what makes restoring these historic gems complex and challenging, especially since most 356s were often kept in rust-prone cities.

The 356 Speedster is the most desirable collector model introduced in 1954. The removable low, raked windscreen, minimal folding top, and comfortable bucket seats made the Speedster an instant.